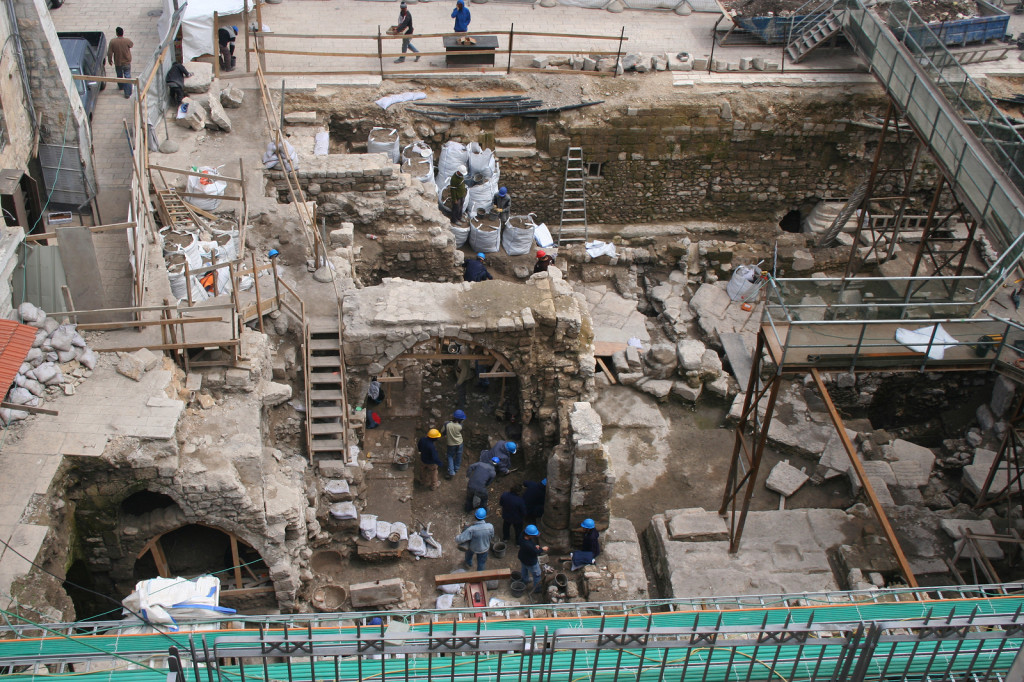 Note: This tour has been closed. If you are interested in leading your own tour with a similar itinerary, contact us!

Join Gordon Govier, Biblical Archaeology Correspondent for Christianity Today, on an archaeological dig tour in March 2015. This unique 11-day tour visits Biblical sites all over Israel and focuses on the archaeology of these sites, proving the Bible’s accuracy.

Throughout the tour, Gordon will lend his expertise in this area and the historical significance, alongside the vast knowledge of your local tour guide. Gordon is not only an award-winning reporter for Christianity Today, but he is also the executive producer of the radio news program The Book & The Spade  and the editor of ARTIFAX magazine. This will be his eighth Biblical study tour of the Holy Land.

“Don’t be intimidated by the term ‘study tour.’ There are no tests and no pre-requisites,” says Gordon. “But we recognize the fact that your mind can only handle so much of a new experience so we work to help you prepare for the tour, and provide in-depth resources during the tour.”

We will visit many recent archaeological dig sites including Omrit (or Horbat Omrit), the remains of a first century temple that Herod built, likely for Caesar Augustus. Excavation of this site only began in the late 1990s and continues today, uncovering more and more clues into the life of Israelis during Roman and Byzantine rule.

We will also visit the recent archaeological dig at Magdala, home to its most well-known citizen, Mary Magdalene. Located on the northwest shore of the Sea of Galilee, archaeologists have recently unearthed ruins of a first century synagogue, the earliest one discovered in the Galilee area.

In the northern part of Israel, we stop at the brand new archaeological dig site of Abel Beth Maacah. This site was surveyed in 2012 and only started being excavated in 2013, but they have already discovered a handful of metal jewelry from the Late Bronze Age. On our tour, we also visit Khirbet Qeiyafa and Azekah, archaeological sites which overlook the Elah Valley where David slew Goliath (I Samuel 17). The fieldwork in Khirbet Qeiyafa took place from 2007-2013, and what is considered to be the oldest example of Hebrew writing was found in 2008. This site is changing the way archaeologists and Bible scholars view the 10th century B.C., the time of King David. The nearby Azekah had been excavated from 1898 to 1899 by two British archaeologists with permission from the Ottoman regime. However, according to local law at the time, the trenches had to be filled back in. Then in 2009 and 2010, a survey was conducted for the first time since the 19th century. During that survey, a team of students collected 18,111 pottery shards and a number of other man-made stone artifacts and coins. The actual archaeological dig is scheduled to begin this summer.

Be Part of History in the Making

The grand finale of this once-in-a-lifetime tour includes a hands-on archaeological dig opportunity! Join other volunteers in the Temple Mount Sifting Project, as you discover pieces of hand-made pottery, glass, bones, and maybe even coins and jewelry. You will assist in the wet sifting process by dumping a bucket of mud onto a screen. Using the hose provided, you will wash the mud away and search for man-made items like mosaic stones. Before the irrelevant materials are discarded, a staff member will check for anything worthwhile left behind. If you want to participate in rinsing away centuries-old mud from ancient artifacts, be sure to wear something comfortable you don’t mind getting messy. “We believe a tour like ours is a cost-effective investment in your spiritual growth as a believer and an experience you will remember and cherish for the rest of your life. This is not a typical Holy Land tour,” says Gordon. Space is limited; learn more about this amazing opportunity!